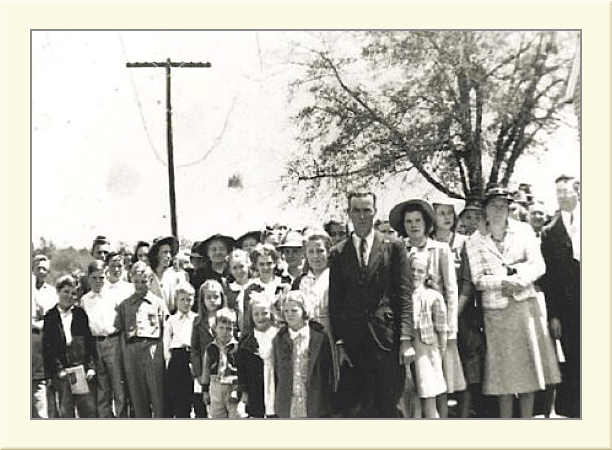 In its beginning in the 1920s, the Church of Christ in Prattville met in member's homes in the local community and in the original Prattville Courthouse. Although relatively few in number, the faith of these Christians resulted in the completion in 1938, of a permanent building at its present location on Main Street.

Approximately three years after completion of the original auditorium, four classrooms and a baptistery were added. In 1962, six additional classrooms were added to the rear of the building.

In 1966, a new auditorium with a seating capacity of 250, a nursery, minister's study, and library were built. The original auditorium was used for classrooms. As the congregation continued to grow, the decision was made to enlarge the auditorium and to add a new foyer, nursery, entrance, and additional bathrooms. Acquisition of surrounding property and other building renovations occurred over the years culminating with the current additional auditorium completed in August, 2004.

The original auditorium has been converted into a small, general purpose room, and the large auditorium is used for classes and fellowship activities. The Church in Prattville received its original monetary and moral support from congregations in the Montgomery area. Individuals instrumental in the erecting of the original building were M. B. Myers, Felix Fuller, Joe B. Greer, Leonard Johnson, and Rex A. Turner, Sr.

The members of the congregation continue to work faithfully to teach God's word to the community and throughout the world. Primary activities include support for various mission efforts both within the local area and throughout the world, a full program of Bible classes for all age groups, visitation programs, a children's Bible program called Friendship Farm, a strong pre-school program, a food bank, various benevolent programs, visitation teams, special groups for adult fellowship and Bible studies, an active youth group, Lads to Leaders/Leaderettes, and various other ministry areas. There are many additional areas of work that are quietly carried out by the membership.

Today the congregation averages around four hundred in weekly attendance. Concentrating on its strengths of faithfulness to the Lord, loving relationships within its membership, and continual outreach into the surrounding community, the congregation looks to continue its spiritual and physical growth.